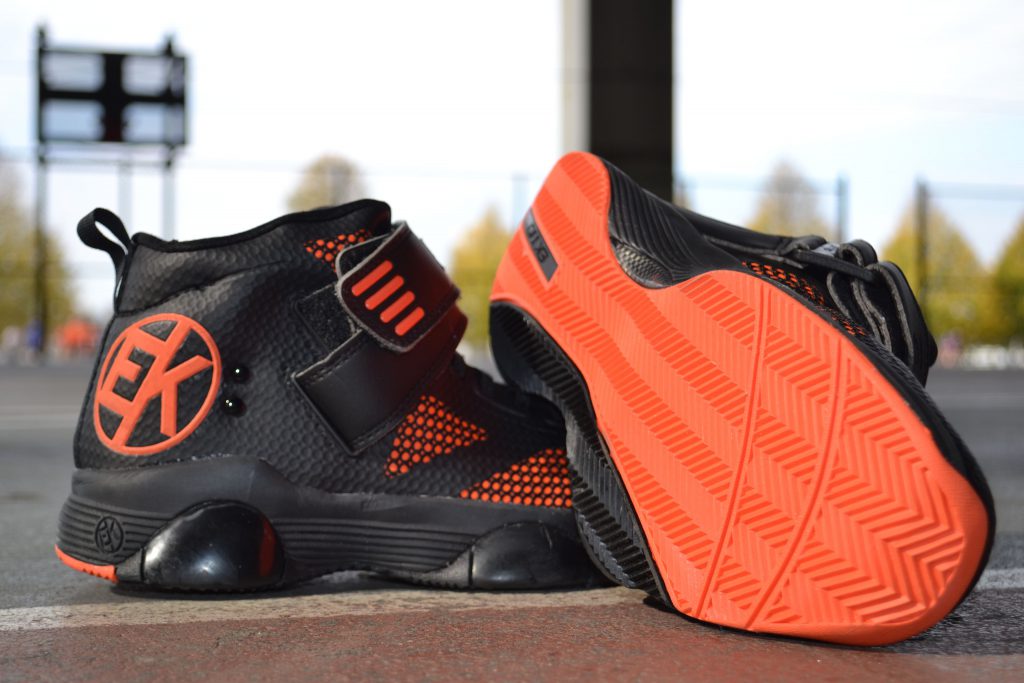 Challenge:
Launch, from scratch, a basketball shoe that prevents ankle sprains with a very limited budget, no ability to attach an NBA endorsement, zero retail distribution and a higher-than-competitors price point. When entrepreneur Barry Katz came to us with this amazing product, he already had a Drexel University clinical trial under his belt and former New York Knick, John Starks, as a partner in the company. The biggest challenge was trying to get the entrepreneur to understand that his target audience was not the urban 12-17 year old basketball player who lived and died for a pair of branded Air Jordans, but a 25-55 weekend warrior who needed more to walk on Monday than look cool on the courts. The other significant challenge was that the top two sports shoe brands had long ago contractually tied up the NBA and AAU – not allowing any high school or pro player to even try on the shoes over the weekend.

Strategy:
Our first task was to create a marketing platform that appealed to their target consumer. We hired web designers and animators to show what the shoe did – and why it mattered. We then booked two media tours in New York City to introduce the entrepreneur and John Starks to the reporters at sports outlets that appealed to their target consumer such as ESPN, Dime, Hoop, Sports Illustrated, SLAM and FOX Sports. To get the word out amongst potential investors, we introduced them to business publications such as TIME, Forbes, New York Daily News, Reuters, Wall Street Journal and Crains. Then, we made introductions to the shoe industry outlets such as The Shoe Dish, Fast Company and Footwear News. We hit the medical market by introducing them to the medical reporter at TIME and writers at Medscape, WebMD, Health.con, We then joined hands with the Hospital of Special Surgery in New York City to launch the results of a ground breaking clinical trial on ankle inversion with the top professional athlete physicians in the country. Without paying pro athletes exorbitant endorsement fees, we leveraged the NBA by quoting their “official statistician” on ankle injuries and developing a giveaway promotion for the NBA All-star Game.